Thirty years ago, I went on an expedition to climb Mt. Bintumani, the highest mountain in Sierra Leone. It took the better part of a week, and as I drove and then hiked further from cities I seemed to be moving back in time. When I finally arrived at the last small village before the mountain, it seemed a different century. A hunter had just killed a chimp, and was preparing it for dinner, in this photo shown here.

How did I end up in Sierra Leone? I was there nearly two years, with National Science Foundation and Fulbright fellowships to study the diet of wild primates as part of my graduate studies at Harvard. But why is of course the larger question. My mom gave me a diary when I was six. My very first entry described a trip to the zoo, complete with a very pathetic drawing. Yes, even for a six year old. Clearly photography was my only option for capturing the world with any remote resemblance to reality. I give you exhibit A.

For most kids, monkeys are a passing phase. For me, this trip to the monkey house sparked an overblown obsession with all things primate. I went bananas for monkeys, ape for apes. My fascination with monkeys led me to study them in college and graduate school. For literally twenty years starting when I was eighteen, I spent at least part of every year in the tropics.
I first visited Africa when I was twenty, as part of a research team from New York University conducting a biogenetic survey of vervet monkeys. We were in close contact with them, collecting saliva and blood samples. There were rumors of a Marburg fever outbreak nearby, a cousin to the Ebola virus, which transfers from vervets to people. Like Ebola, it is often fatal, with no cure. So it was upsetting when one researcher I was working with accidentally pricked another with just drawn monkey blood. We were all on edge for the quarantine period.

This made me aware, from then on, to think of the connections between the wildlife I studied and disease. Years later, when I was in Sierra Leone, I became sick shortly after working closely with the captive monkeys that were part of my study at the college. I called my mom to ask her doctor what I might have based on my symptoms, and he told her that if I had Ebola or Marburg fever, I would be dead within a week. Since there was no phone except at a phone bank which always had long lines and was hard for me to reach, it took me more than a week to call her back to let her know I was feeling better. After all these years, she still doesn’t totally forgive me for causing her so much worry! So coming back to the hunter in Sierra Leone, why am I suggesting a link between bushmeat- killing wild animals to eat or sell-  and the current Ebola outbreak?
About 60% of pathogens affecting people come from animals, and based on recent trends this is becoming more common with 75% of emerging infectious diseases spread from animals to people. Although it may never be known for sure, it seems likely that a bat meal started the current Ebola outbreak.
Africa is the epicenter of the bushmeat trade. This now represents the greatest threat to wildlife in many African countries. When forests are logged, roads allow easy access to hunters who come in and kill all the animals, leaving silent forests. Of course, this problem isn’t unique to Africa. Illegal killing or capture of wildlife for food or as pets is a problem around the world, as shown here in a photo I took many years ago in Peru of a girl with local primate pets

Based on my time in rural Sierra Leone, I can appreciate the importance of hunting to obtain protein. Many meals I had were just leaves boiled and served with rice, and I felt almost constantly hungry. Especially in rural areas, bushmeat provides most or all of the protein. There were discussions even then of encouraging Sierra Leoneans to develop wildlife farms, mainly focused on cane rats. Though they are great sources of protein, this had about as much appeal as subway rats might as hotdog substitutes in New York. Clearly there are many reasons to find alternatives to eating primates or bats, but we may need to find something more palatable than rats. Since studies estimate that 6 million tons of bushmeat is harvested every year in Africa alone, it is important to focus more closely on this to understand how it affects the forest ecology, and health risks of such close and extensive contact with potentially infected wildlife as such a major food source.
In the past, Ebola outbreaks may have ended in a small village. In places like where my study sites were in Sierra Leone, it was miles away from any cities, and someone infected with the disease would be unlikely to be healthy enough to make such an extended hike. This is typical of much of Africa until very recently. But now there are roads, and planes, and the world is suddenly smaller. Because of this, the bushmeat trade extends far beyond Africa and other tropical countries. Bushmeat is not only sold locally, but also exported to Europe, Asia, and the United States. In a startling study of shipments seized at five US airports, it was shown that illegal bushmeat harbored potentially dangerous viruses, even years after they were confiscated . Since many tons of bushmeat are exported every year to Europe and the United States, this could be a significant health risk that isn’t even being studied since it is illegal and by definition hidden.
The expansion of people into wildlife habitats places us in greater contact with species which in the past we would have rarely encountered. As forests are cut down, people move deeper into areas where there has never before been contact with some of the wildlife. Because of extensive development, this isn’t just a problem in remote areas. I conducted part of my research on the campus of Fourah Bay College, on the outskirts of the capitol, Freetown. There was a botanic reserve and quite a bit of wildlife lived there. In the backyard of the house where I lived, seasonally I would be able to keep track of time within a few minutes by the prompt timing of hammerhead bats calling at dusk. This is one of three bat species that recently tested positive for Ebola virus. They are immune, but are carriers for the disease. This bat, or a relative, could have started the current Ebola outbreak. This is a bat that lived in my yard in the capitol of Sierra Leone. You can hear a recording I made of it calling at dusk-

We aren’t the only victims. In the wild, populations of apes are being devastated by the Ebola virus. In the past 30 years, Ebola has killed around a third of gorillas, and thousands of chimpanzees. Perhaps only their captive relatives can help them, though this may not be allowed for ethical reasons. A vaccine is being developed with captive chimpanzees, but NIH is about to retire most of the research chimps which will make it impossible to produce this shot that could help save their wild relatives. There are many thorny ethical issues involved with animal experimentation, but it would be sad if wild apes went extinct because a vaccine couldn’t be properly tested. And the virulence of the virus in wild apes raises other concerns for us. As our closest relatives, this may suggest that Ebola could become more widespread.
Research into potential diseases found new viruses are developing in Central African bushmeat that may make the jump to people. As noted in this study, HIV is known to have originated in monkeys, and yet people around the world are still forced to eat primates for protein. We need to find alternatives to bushmeat, especially the consumption of species that are both endangered and dangerous to us. On a crowded planet, we will increasingly be living with wildlife. Our future is inextricably linked, and it is important to find ways to safely share our worlds. 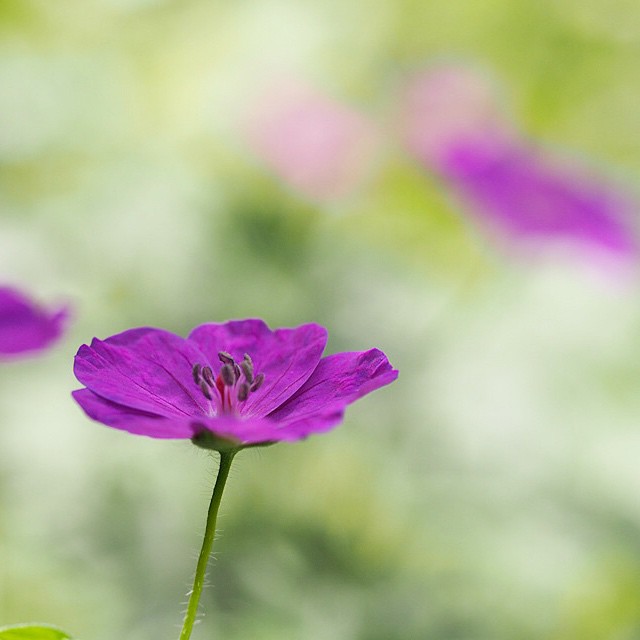 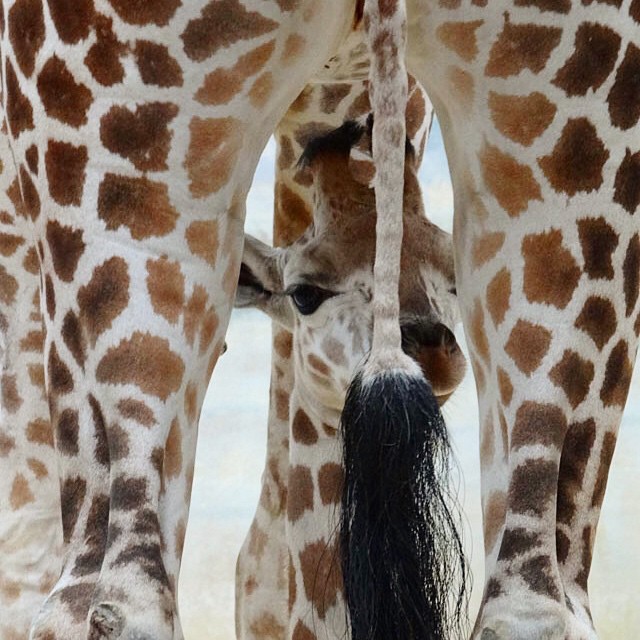 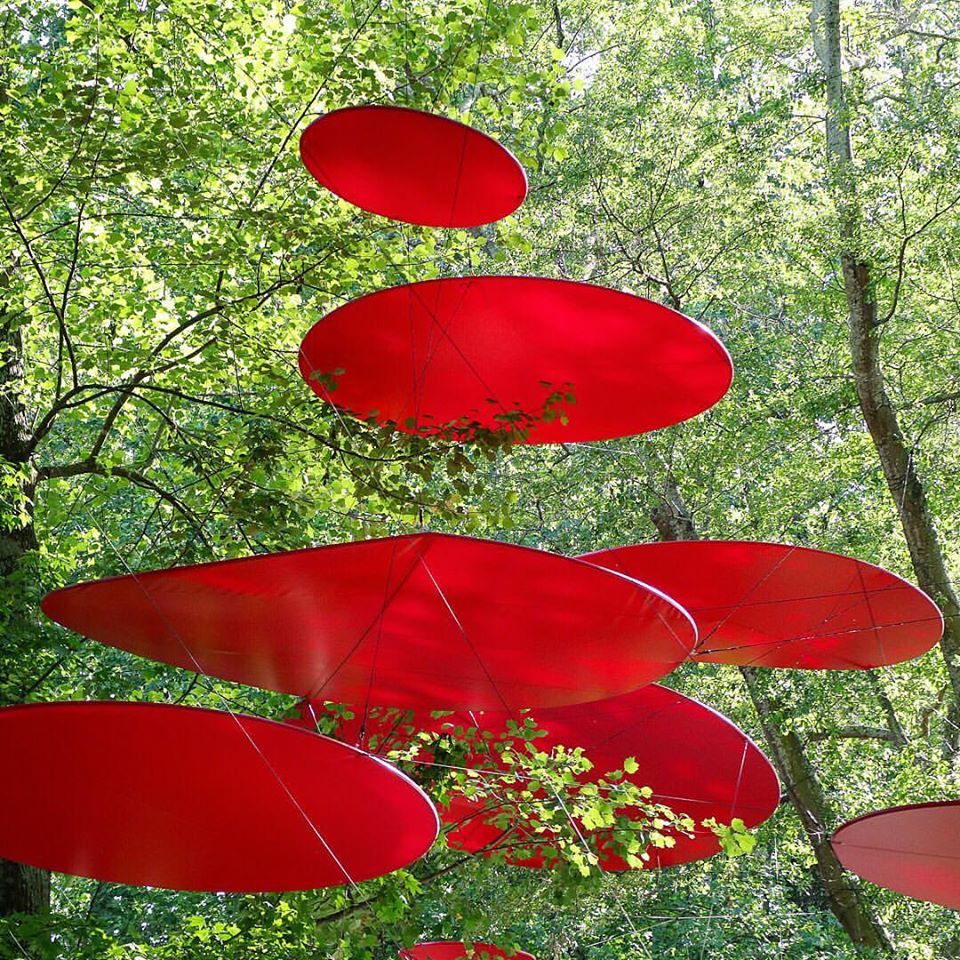 The Atlanta Botanical Garden currently has an exhibit inspiring visitors to see nature in new ways. The Curious Garden is a series […] 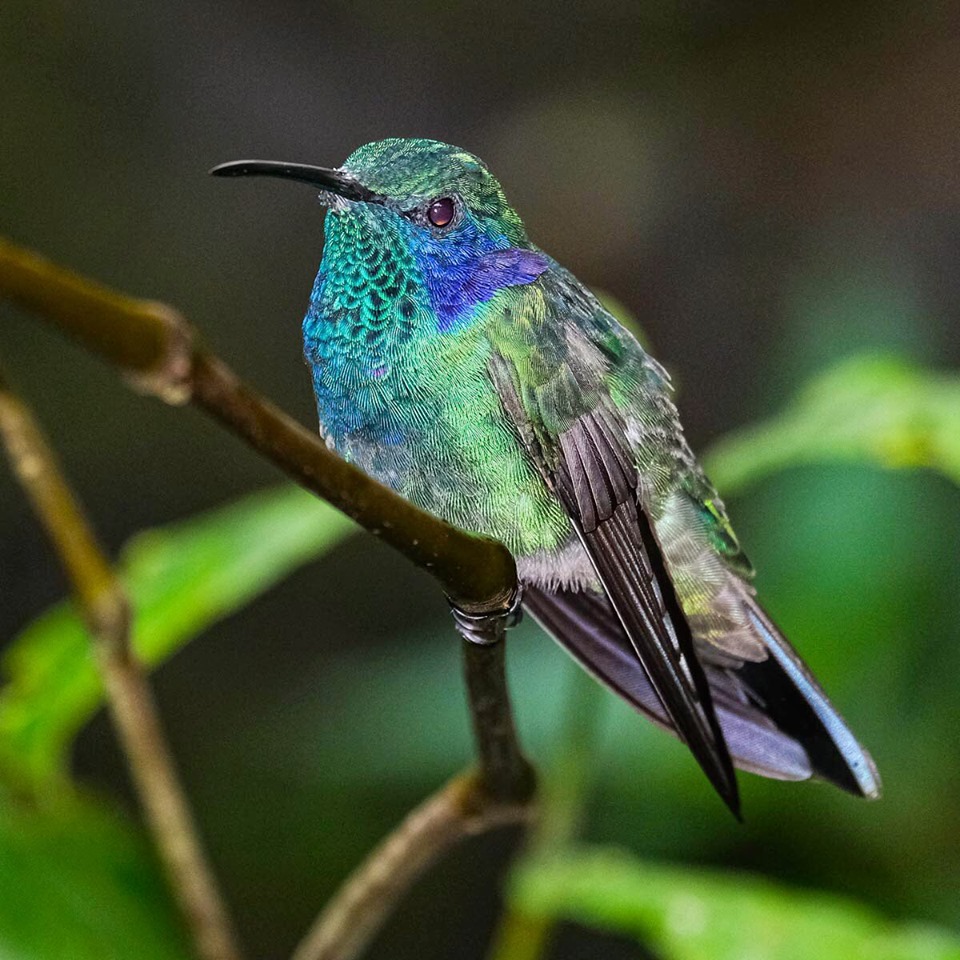 Many birds are colorful, but few can rival hummingbirds. The colors are from both pigment in the plumage, and also structural, with […]